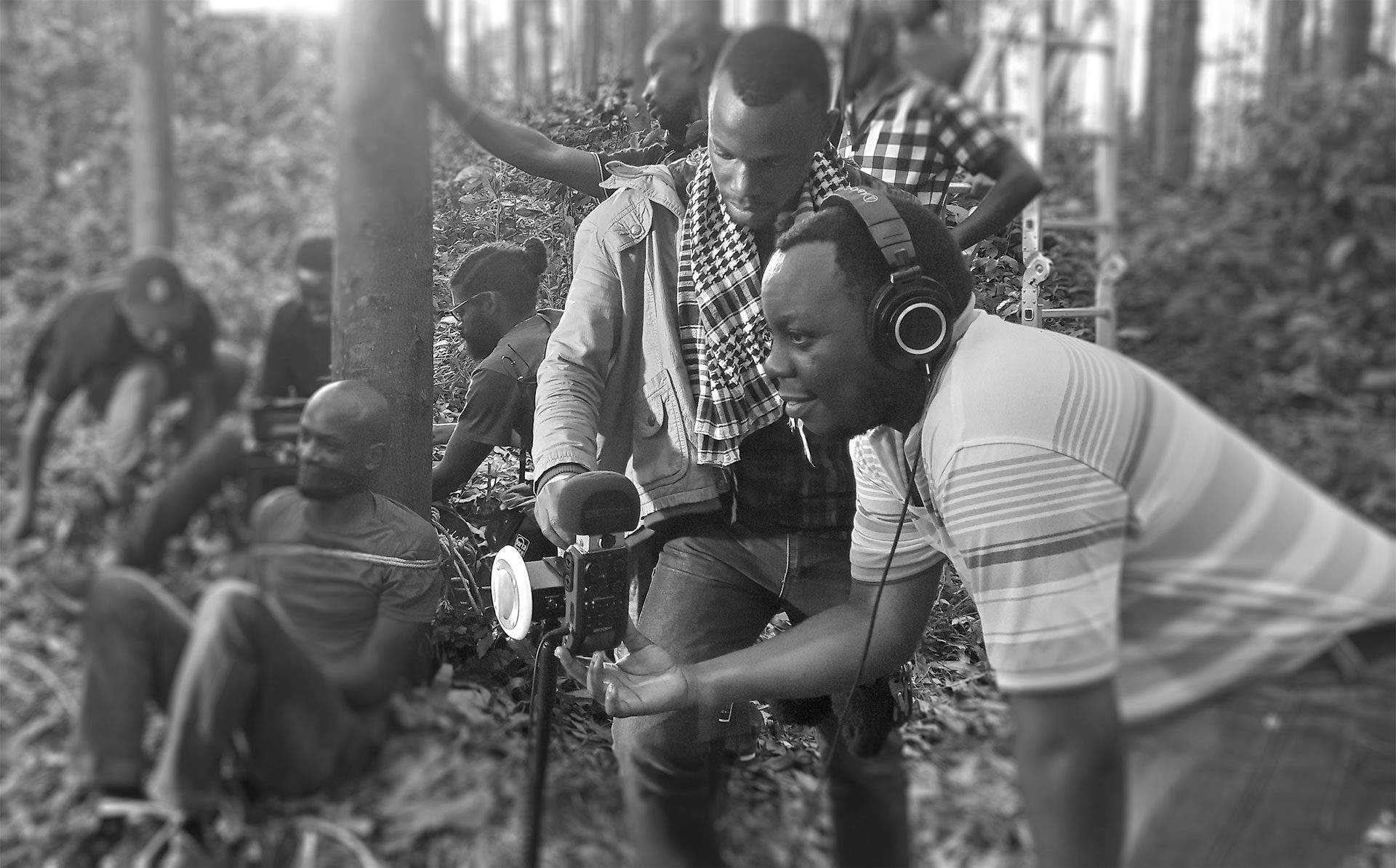 Today, the most common surround system is the 5.1 layout, which uses six channels in a 2D horizontal plane around the listener at ear level. It comprises left right and centre front channels along with left and right channels toward the rear, plus a subwoofer

Surround sound can also be “virtualized” in a soundbar, which is a speaker configuration in the front of the listener. Psychoacoustic technology is used to trick the brain to believe that the sound is also coming from the rear. However, such technology has audible artefacts, such as phasing and a less natural timbre or positioning of sounds, and does not deliver the same surround experience as rear speakers that move air from behind. To virtualize surround sound in stereo headphones or earbuds, binaural technology is used, but that also has artefacts.

The first audio reproduction used one microphone and one speaker. Subsequently, more microphones were used all mixed into the same monophonic channel. In the late 1950s, stereo players and phonograph records emerged using left and right channels for a more pleasing sound experience. In the 1970s, the four-channel sound appeared but was never popular. Today, the widely used 5.1 speaker setup is typically a channel-based format.

Using channel-based technology over existing delivery formats such as Blu-ray, Auro-3D can deliver a 3D space around the listener without any change in specifications.

Object-based audio started in the gaming industry and later migrated to movies with Dolby Atmos, DTS:X and AuroMax, all of which create a more immersive 3D experience. Dolby Atmos and DTS:X use two layers of speakers, while AuroMax’s three-layered system can reproduce the reflections generated around the original sources for a more natural sound experience.

Object-based audio still relies on channels but includes meta-data. For example, the meta-data can add x-y-z coordinates that describe where the sound should be located. The playback system takes into account the speaker layout and “renders” the sound accordingly. Because the installed speaker layout is often not what the scene creators intended, object-based audio can result in a different sound experience. In addition, quality checking in the recording studio is much more complicated.

Other applications of object-based technology are multiple language support and dialogue volume, both of which provide a level of interactivity for the end-user.

A hybrid format combines different technologies. Dolby Atmos and DTS:X are widely known as object formats; however, they use mainly channel-based sound and are thus “hybrid” formats along with MPEG-H and Auro-3D.