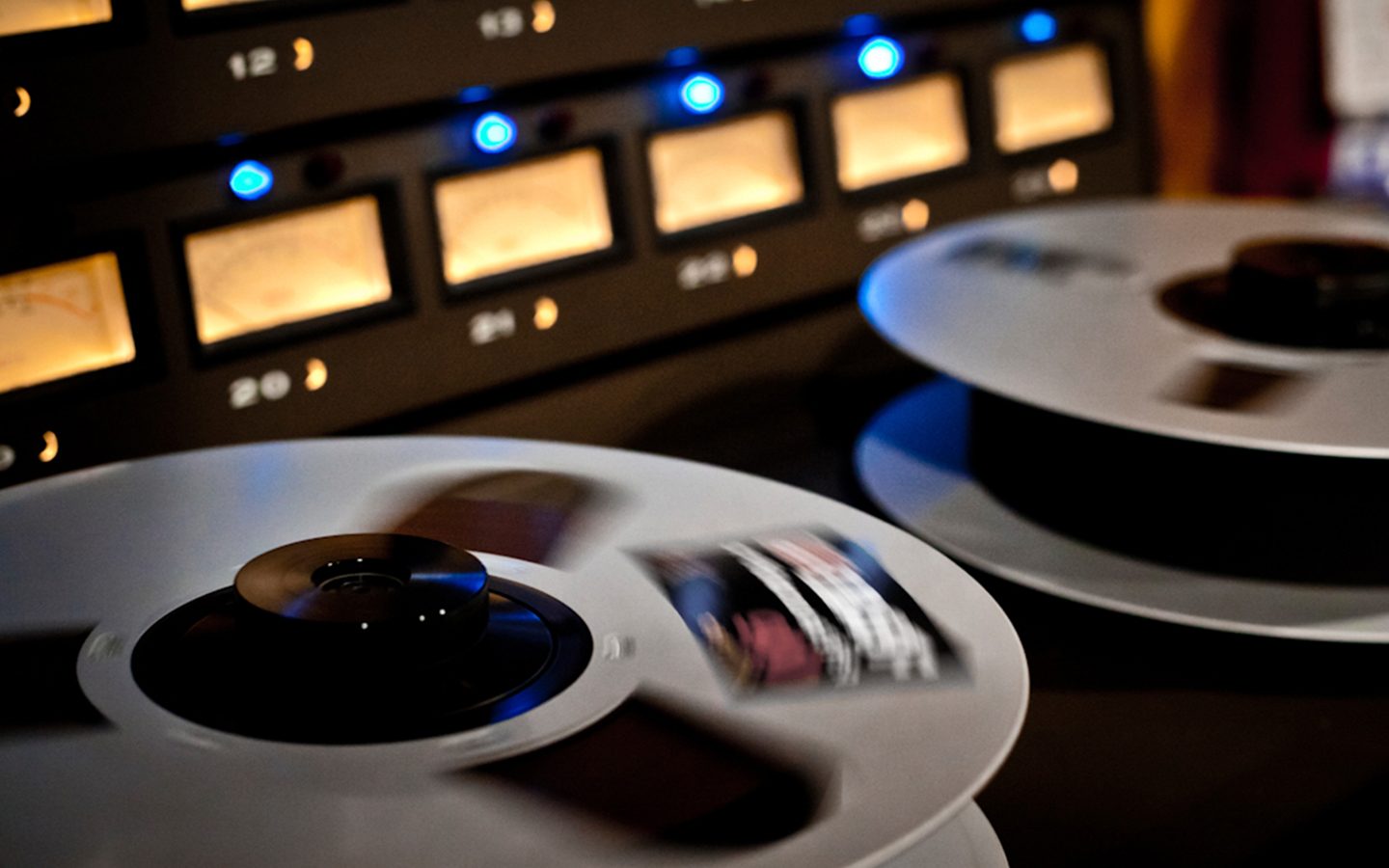 It’s important to keep in mind that the number of different roles depends on the budget and scope of production. For films and programs that have budgets in the tens if not hundreds of millions, you’ll see the work divided amongst a large team.

Filmmaking is perhaps the most collaborative art form, and the greatest films are a result of a dedicated team of skilled artists working at the top of their game.

Perhaps the most important role in Post-Production Audio, the Supervising Sound Editor oversees virtually every other member of the sound team on a production. This includes managing budgets, ensuring that the crew is completing their work correctly and on time, and regularly communicating with Producers and Directors regarding the progress of the sound team.

The Supervising Sound Editor may wear many hats depending on the size of the production and is often involved in the recording of sound effects libraries for productions, handles some sound design duties, and works closely with the Foley, Dialog Editing, ADR, Music, and Re-Recording mixing teams.

Many Sound Supervisors are veteran engineers that have served as other roles on the sound team earlier in their career. The ability to multitask, stay organized, provide leadership and guidance, and work well with others are important skills for a Supervising Sound Editor to have.

Onset, the primary responsibility of the sound crew is to properly capture the dialogue. Once this has been recorded, a dialogue editor will go through, meticulously cleaning up any unwanted wind, clothing or mouth noise, and generating “fill” to prevent any unwanted drops in room tone, otherwise known as ambience. This process is extremely important, detailed and time-consuming.

Dialogue Editors also need to have great attention to detail, and the ability to detect slight changes in pitch and rhythm in the human voice, so a musical background is helpful but not required.

For any lines from production that simply cannot be salvaged, we turn to ADR. Referred to as “Automated” or “Automatic” Dialog Replacement (formerly “looping”) this process involves getting the actor back in the studio and then re-recording them reciting their lines alongside the original performance. There could be any number of reasons the original dialogue is unworkable. Perhaps the actor was sick or the lines were delivered improperly. Perhaps some unfixable wind or background noise.

Regardless, getting ADR to fit seamlessly alongside production dialogue is very challenging, and requires a great amount of finesse, attention to detail and a great ear.

Many of the skills that make a great dialogue editor are also needed by ADR engineers. An understanding of acoustics is important as well, considering that matching the tone and space of the re-recorded dialogue to match the original production audio is one of the primary jobs of the ADR team

Although today sound effects editors can access libraries of thousands of sound effects and use computer software to create and modify their own, they still struggle to create certain sounds—particularly those that must perfectly match the action onscreen. That is the domain of foley artists, who dream up creative ways to use anything that can be transported into a recording studio to create the sounds we hear in movies and other media. Car doors, weapons, refrigerators stocked with noisy food, pinecones (to create the sound of cracking knuckles), kitchen gloves (which, when inflated and slapped together, mimic flapping wings), and, of course, every kind of shoe imaginable are just a few of the props in a foley artist’s bag of tricks.

Foley artists are keen observers and sensitive listeners, exceptionally tuned into the world of sound and motion, and able to think in creative, innovative ways about sonic reproduction.

In the film industry, the work begins at a spotting session, when the film’s director, supervising sound editor, music editor, and foley editor watch the footage and catalogue the needed foley effects, which typically number in the thousands. Foley artists then spend anywhere from a few days to a month devising, practising, and recording sound effects on the foley studio stage while watching the corresponding film sequence in real-time, so as to match the sound and the video to the split second. While foley artists are less likely to work on video games and animated and computer-generated media, it’s not unheard of.

Sound effects editors are critically important figures in the entertainment world. Without them, the sounds that accompany real life and the noises that make fantasy worlds seem real—from rustling leaves to a spaceship landing—would be missing from movies and television shows. Whether they’re sourcing and modifying effects from sound effect libraries, synchronizing effects created by foley artists with the on-screen action, recording their own sounds in the field, or creating so-called designed sounds—unnatural audio that cannot be captured from real-life—effects editors make visual worlds come alive.

A sound effects editor might begin a project by making a master plan that details all sounds mentioned in a script or indicated by the action or simply is assigned certain effects to cover by a supervising sound editor. Some effects can be sourced from libraries, which are stocked with thousands of digitally stored background sounds, such as birdsong or traffic. When natural sounds that correspond with specific action visible on screen need to be recreated for a film, such as footsteps or a closing door, effects editors collaborate with foley artists. For designed sounds, effects editors create patches to modulate or manipulate existing recorded sound into the desired effect or synthesize the sound from scratch.

Music is one of the most effective tools in eliciting an emotional reaction from an audience. For music custom-made for a production, also known as underscore, we turn to a music composer. Music can aid in dictating the tone and pace of production — great directors appreciate and respect this, and collaborate with composers in creating an effective score that enhances the cinematic experience.

Once the main melodic ideas of the score are written, most composers rely on many other talented musicians and technicians to bring it to life. Arrangers, copyists, session musicians, as well as recording, mix and mastering engineers are just a few of the roles on the team that turns a simple musical idea into a finished piece of music for motion picture.

The best composers have an encyclopedic knowledge of music, a lot of patience and the ability to take direction. The ability to read music, dictate musical ideas to highly-trained musicians and the ability to play multiple instruments are practically must-have skills for anyone wanting to get into composition for visual media.

A music editor serves as a sort of liaison between the Director, Composer, Music Supervisor, and Picture Editor, ensuring that the flow and tone of a film’s musical soundtrack are appropriate and in service of the Director’s vision.

They generally begin by developing a temporary (temp) track that consists of pre-existing music. This temp track, which may contain a blend of popular and film soundtrack music, will serve as a guideline for the composer. The Music Editor has many other duties which include developing a click-track for the composer, conductor, and musicians to ensure precise timing. They will be present at recording and mix sessions and are responsible for making any changes to the music track that may prevent it from flowing seamlessly with the edited picture.

Vast knowledge of music, a keen sense of timing, and the ability to work well with others are important skills for a Music Editor to have. They may be asked to make complex changes on the fly, so being able to work well under pressure with limited resources is valuable as well.

We’ve all seen films and TV shows that incorporate “already existing” music. Whether a character is listening to the car radio and a classic rock hit comes on, or a scene takes place in a dance club with one of the most popular songs of the day blasting over the PA, incorporating popular music is a great way of drawing the audience into the story and world of the film.

What may go under-appreciated, though, is the amount of work it takes to get that music legally “placed” into the program. Music Supervisors work with the Directors and Producers in choosing music appropriate for the story and also secure the appropriate licenses needed to use the music legally.

Once all of the aforementioned elements have been assembled, they need to be balanced and mixed down to a final format, and this is the job of the Re-Recording Mixer. These highly-skilled engineers strive to complete a soundtrack that is stylistically and technically flawless.

Similar to Supervising Sound Editors, these engineers often have served in different roles on a Post-Production Audio team before. On some productions, the Supervising Sound Editor will also serve as the Re-Recording Mixer. As mentioned, the overlap between the different roles all depends on the budget and scope of the production. Re-Recording Mixers need to be highly organized, technical wizards and must have the ability to make appropriate stylistic decisions. They are the final set of hands (and ears) to impart creative and technical decisions onto a programs’ soundtrack before it is released to audiences worldwide. 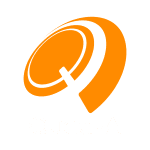