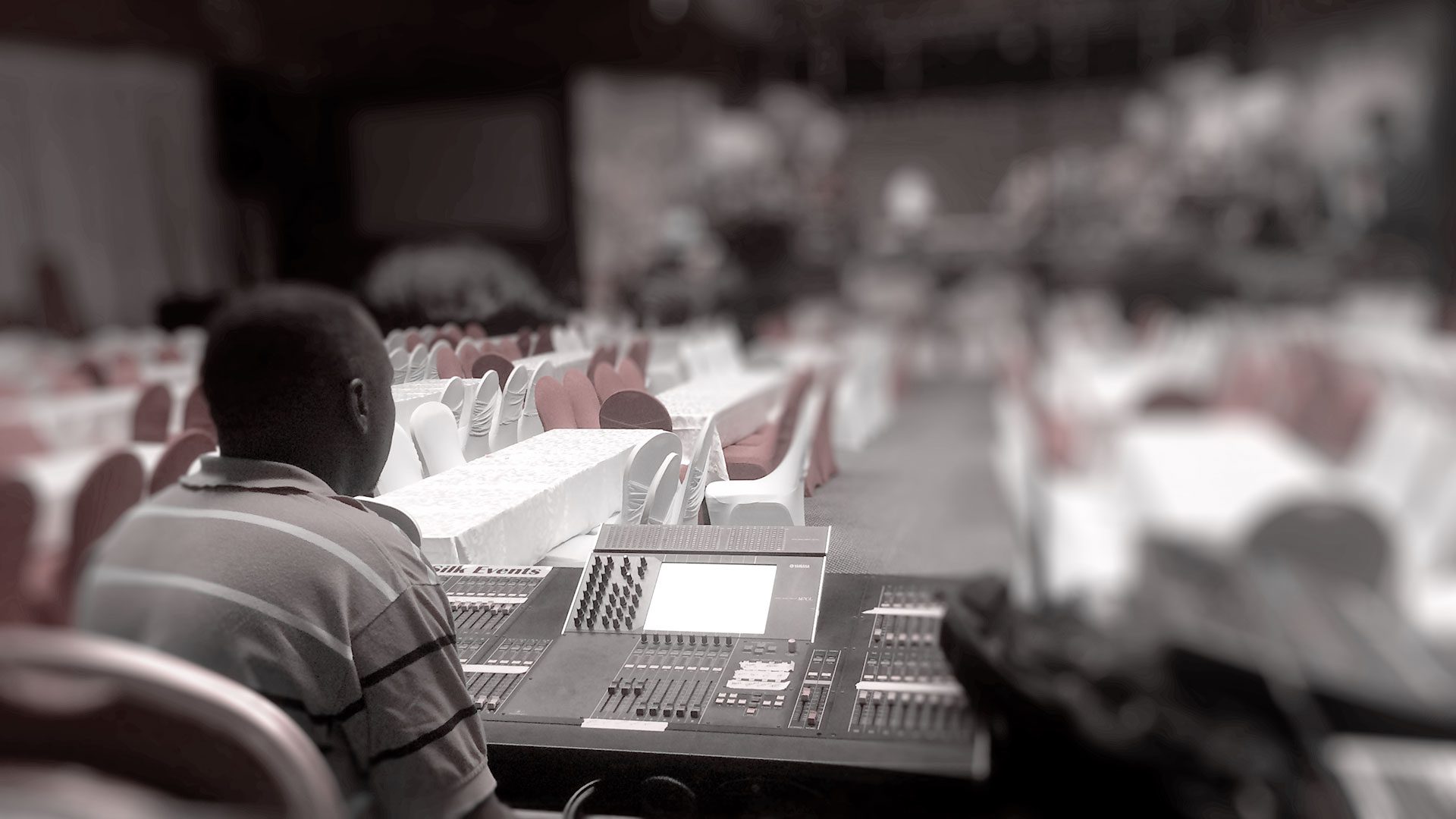 Live sound mixing is the blending of multiple sound sources by an audio engineer using a mixing console or software. Sounds that are mixed include those from instruments and voices which are picked up by microphones (for the drum kit, lead vocals and acoustic instruments like piano or saxophone and pickups for instruments such as electric bass) and pre-recorded material, such as songs on CD or a digital audio player. Individual sources are typically equalised to adjust the bass and treble response and routed to effect processors to ultimately be amplified and reproduced via a loudspeaker system. The live sound engineer listens and balances the various audio sources in a way that best suits the needs of the event

When it comes to live streaming, you really must put plenty of focus on the audio mix to have it be effective. The easiest thing to do is to take a split of the front of the house, or FOH, mix, and send it to the web. This though, will not give you the best results.

The main issue with such an approach is dynamic range. A modern worship service can easily have a dynamic range of 20-30 decibels in the room. If you were to use the same mix for your broadcast, the listener would constantly have to adjust their device’s volume during such an experience. And that would be terrible. When you’re listening to a FOH mix, in a room, your ears compensate for the change in dynamics, and the audio levels are much louder. When someone is listening to an online stream, though, their audio levels are much lower, so the significant changes in dynamics make parts of the experience too loud for that listener, and other parts too soft. As a result, a broadcast mix must have a much smaller dynamic range, than typical FOH mixes.

There are ways to take a FOH mix, playout channels, and speaking channels, and then process them into a broadcast mix with pretty good results. The problem, though, is that processing your broadcast audio this way can lead to the music being overcompressed or with added noise from overexpanding inputs, from lower levels.

With today’s digital audio mixing consoles, it’s never been easier to split your audio source for a separate mix. In years past, to split a source, one needed a large analogue split to have separate audio control at multiple consoles. Now with a run of fibre or Cat6/7 cable, you can have a full audio split among dozens, or even hundreds, of audio channels. Beyond the benefits of having a broadcast mix being beneficial for your online experience, let’s move on to other aspects of mixing for broadcast.

When mixing for broadcast, one of the first things to consider is gain structure. The proper gain structure takes advantage of the dynamic range and signal-to-noise ratio of each piece of audio gear in a system. With gain structure, you want to have consistent audio levels across your input channels, and throughout the audio system. This means that there are no audio sources with disproportionate amounts of gain or sources that are much lower than others.

If an input signal is too high, then you will not have much headroom, or it will end up overcompressing the signal. If input signals are too low, though, then the source will be much closer to the noise floor and will result in added noise, when trying to increase gain. As you’re checking your sources, you should make sure that you have a good level coming in. Then set the input gain for each input, to where they are metering somewhere around -12 dB, with peaks around -6 dB. This will give you plenty of headroom, while you’re mixing. You may have to coordinate with your FOH engineer if you are using a digital split between consoles and someone else is controlling preamp gain. If this is the case, then you’ll use digital trim to set your input levels.

Level and panning give you the ability to place audio sources within the stereo field. Think of level as the front to back; while envisioning that panning as left to right. When listening to a stereo mix, it’s more pleasing to hear sources evenly mixed, across left and right, at varying levels. If you find that your mix sounds flat, then your issue could be poor levelling or underuse of panning. When you raise the level of a source in the mix, you can hear it come forward, while the opposite happens if you turn something down. By simply using level, you can give priority to different sources in your mix. For example, if someone is leading a song, then they should have priority over the other vocalists. Problems arise, though, if everything is at the same level, meaning nothing will have priority in the mix, and it will be hard to differentiate one source from another.

Mixing levels for broadcast is very different from mixing in a room. In a room, for instance, you often need to move levels 9 dB to 12 dB, to make a noticeable impact on the overall mix. This is because the sound reflections in larger spaces, higher sound pressure levels, and even other people singing along raise the noise floor. In broadcast, though, a 3 dB to 6dB adjustment in level can still make a big difference. This is because of the lower dynamic range in a broadcast mix. When changing levels, look to make small but meaningful adjustments, to achieve a good balance between sources.

One of the most overlooked tools in broadcast mixing is panning. In large part, panning determines how wide a mix ends up sounding to the listener. Panning can be used to create space in a mix, enhance existing space, and create a more immersive experience for listeners. In much of today’s popular music, the beat and lead vocal are the focal points of the mix. Because of this, the kick, snare, and lead vocal are usually panned centre, while the other inputs are panned left and right, to support the main elements.

Our ears tend to focus on the signals in a mix that are panned centre or panned extreme left or right, while the points in between end up being less distinct. By simply panning supporting instruments slightly off centre, then you can easily create a wider and more pleasing mix. Also, by panning sources that sit in the same frequency range left and right, you can separate the two instruments or effects and reduce the chance of one sound masking the other and making it harder to hear.