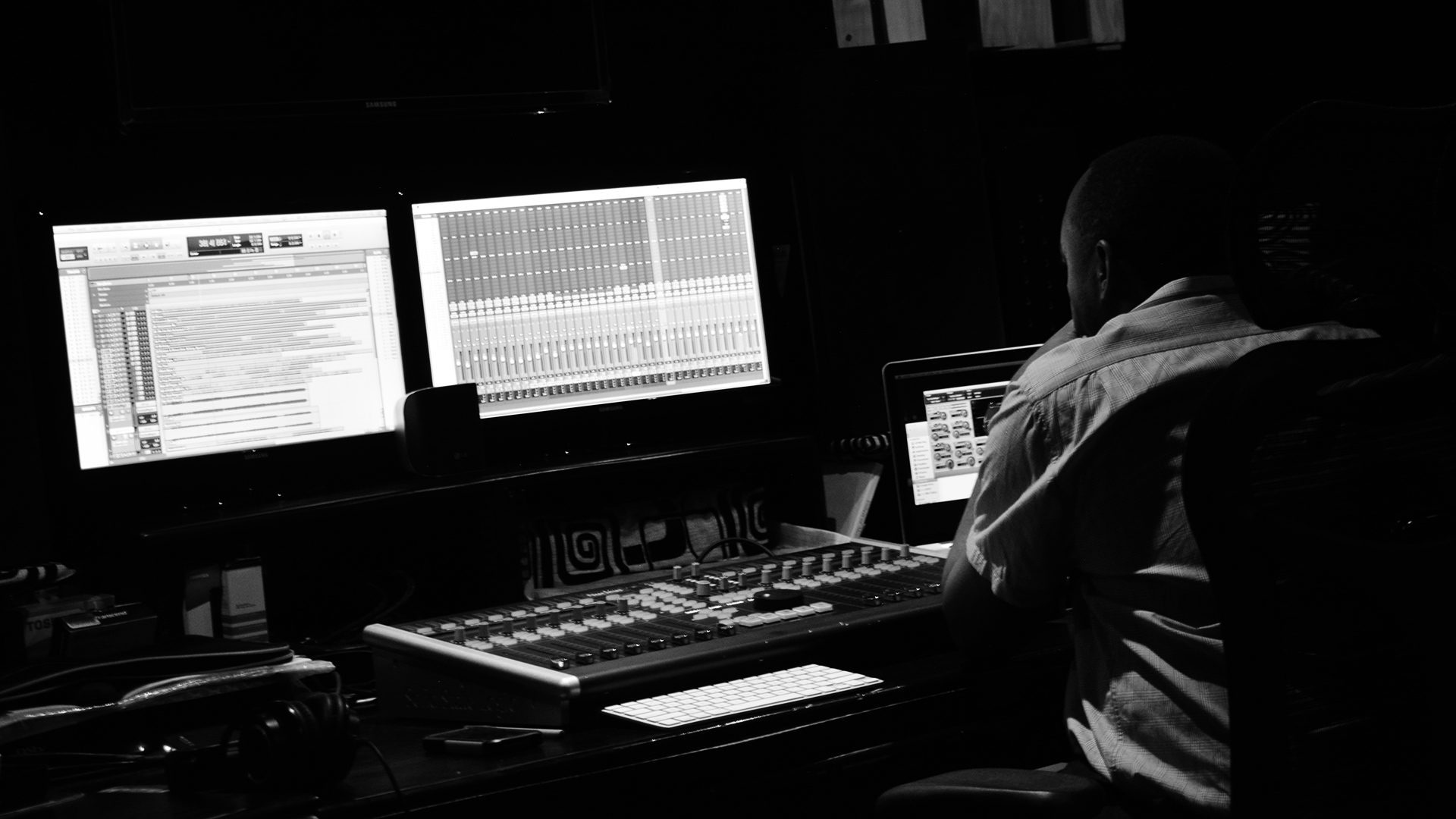 Voice-over (also known as off-camera or off-stage commentary) is a production technique where a voice—that is not part of the narrative (non-diegetic)—is used in radio, television production, filmmaking, theatre, or other presentations. The voice-over is read from a script and maybe spoken by someone who appears elsewhere in the production or by a specialist voice actor. Synchronous dialogue, where the voice-over is narrating the action that is taking place at the same time, remains the most common technique in voice-overs. Asynchronous, however, is also used in cinema. It is usually pre-recorded and placed over the top of a film or video and commonly used in documentaries or news reports to explain information.

Voice-overs are used in video games and on-hold messages, as well as for announcements and information at events and tourist destinations. It may also be read live for events such as award presentations. Voice-over is added in addition to any existing dialogue and is not to be confused with voice acting or the process of replacing dialogue with a translated version, the latter of which is called dubbing or revoicing.

In film, the filmmaker places the sound of a human voice (or voices) over images shown on the screen that may or may not be related to the words that are being spoken. Consequently, voice-overs are sometimes used to create ironic counterpoints. Also, sometimes they can be random voices not directly connected to the people seen on the screen. In works of fiction, the voice-over is often by a character reflecting on his or her past, or by a person external to the story who usually has more complete knowledge of the events in the film than the other characters.

Voice-overs are often used to create the effect of storytelling by a character/omniscient narrator. Sometimes, voice-over can be used to aid continuity in edited versions of films, in order for the audience to gain a better understanding of what has gone on between scenes.

In radio, voice-overs are an integral part of the creation of the radio program. The voice-over artist might be used to remind listeners of the station name or as characters to enhance or develop show content.

The commercial use of voice-over in television advertising has been popular since the beginning of radio broadcasting. In the early years, before effective sound recording and mixing, announcements were produced “live” and at once in a studio with the entire cast, crew and, usually, orchestra. A corporate sponsor hired a producer, who hired writers and voice actors to perform comedy or drama.

Manufacturers will often use a distinctive voice to help them with brand messaging, often retaining talent to a long-term exclusive contract. The sound recording industry uses the term “presence” as the standard of a good quality voice-over and is used for commercial purposes in particular. The term “presence” measures the legitimacy of how a voice sounds, specifically one of a voice-over. Advances in technology for sound recording have helped voice-overs reach that standard. These technological advances have increasingly diminished “the noise of the system…and thus reducing the distance perceived between the object and its representation.